Rachael is a lecturer in Creative Arts Education at Western Sydney University. A
former secondary teacher, she now helps prepare the next generation of teachers
and English through drama to refugee communities in Sydney in partnership with the
Sydney Theatre Company. A volunteer and consultant at the Asylum Seekers
Centre, Rachael is a community activist, a freelance writer, practising dancer and
choreographer. She is on the organising committee of community group, Teachers
for Refugees and runs her own intercultural dance company.

Thursday August 16, 2018. In partnership with Explorations of Charles Sturt University Bathurst.  Followed by a Q and A with the Film’s Director, Tom Zubrycki

A refugee from the Sudanese civil war, Zacharia (one of the ‘lost boys’ of Sudan) lives in Sydney, Australia, with his partner and daughter. He desperately wants to do something for his village, now in the newly created nation of South Sudan. His dream is to build a much-needed school, and he enlists the backing of numerous well-intentioned Australians. Janet, a dedicated supporter, joins him on a 40-day charity walk from the Queensland border to Sydney to raise funds for this venture. Will this strategy raise the funds they need?
Thwarted by escalating conflict back in South Sudan, and shocked by a broken relationship,

Zac must decide what’s important in his life.

Film screening: “Constance on the Edge” –

Click here to view the program for the training day

Chasing Asylum – screening of this film

On Friday 21 October 2016 the Bathurst Refugee Support Group held a successful screening of “Chasing Asylum” at Mackillop College Library. Thank you to all who supported this event.

A Bathurst Public Conversation about Refugees was held on Friday 24th June 2016. This Forum was held to hear and think about the ways we have come to think and feel as we do. The meeting opened with the Mayor Gary rush clearly demonstrating his view that Bathurst could work towards being a centre for refugee resettlement as part of building a future for the city rich in cultural diversity. From this time it was suggested that a focus could be “10 Families for Bathurst”.

It was a hot evening on February 18th 2016 when more than 80 members of the Bathurst community added their voices to this call.

Gathering on the forecourt of the Uniting Church, Councillor Jess Jennings and Dean Paul Devitt spoke passionately about the harmful effects of indefinite detention. Asylum seekers and refugees need to be able to realise their hopes of a safe place to stay and a better life. Paul stressed, “the importance of opening our hearts in compassion to our fellow human beings”.

Candles were taken to light in the windows of people’s homes to show strength and solidarity.

Asylum Seekers in Detention: From the coalface

In November 2015 BRSG held a very well attended and well received community forum with two guest speakers who have worked in different detention centres and spoke from first-hand experience.

A group of Karen Refugees from Myanmar (formerly Burma) first visited Bathurst in 2009 and 2011 as part of BRSG policy of hosting Refugees in Bathurst. When BRSG approached the Karen last year about the possibility of their coming to Bathurst to be part of the opening ceremony of the Bicentenary Celebrations on the 3 May 2015, they embraced the idea with enthusiasm. They also asked another tribal group from Myanmar, the Kachin to come too, as they were also wonderful dancers! A total of 48 people came – ten children, and 38 adults. The visit was highly successful and added a colourful multicultural flavour to the ceremony. 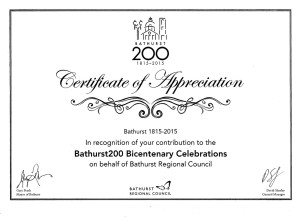 Videos of the two dances they performed in Bathurst were posted on YouTube.

Published on May 9, 2015 – On 3rd May 2015, Kachin Association Of Australia (KAA-NSW) was invited to participate with culture performance in Celebrating of Bathurst’s bicentennial celebration.

Published on May 13, 2015 – On 3rd May 2015, AKO (Australia Karen Organizations) was invited to participate with the culture performance in Bathurst Bicentennial Celebration.

Daniel Zu, the leader of the group, wrote: “On behalf of the Karen &  Kachin Communities and STARTTS (Service for the Treatment and Rehabilitation of Torture and Trauma Survivors) I’d like to thank BRSG for your hospitality, assistance and support provided to us during our trip last weekend. We all enjoyed the visit and participation in Bathurst’s 200th Anniversary of its Founding Day. The Kath Knowles House of Welcome is very attractive and is very useful for bringing groups. We are thankful to those who funded the renovation and extension of the cottage into this beautiful House of Welcome. Rahamin and Kath Knowles House of Welcome will always be in our mind and prayer.”

On December 10, 2014, World Human Rights Day, another distinguished person, Phil Glendenning, President of the Refugee Council of Australia, visited Bathurst at the invitation of BRSG. Once again the Bathurst Regional Council graciously extended a Mayoral Reception to him, after which he officially opened the refurbished Kath Knowles House of Welcome. In the evening he too delivered a public lecture at Charles Sturt University.

On September 12, 2014 Professor Gillian Triggs, President of the Australian Human Rights Commission spoke at a Mayoral Reception in the Bathurst Regional Council Chambers to which BRSG members and others were invited. For more than a decade, the Australian Human Rights Commission has worked to promote and protect the human rights of asylum seekers, refugees, and people in immigration detention. Professor Gillian Triggs outlined Australia’s key human rights obligations in relation to asylum seekers and refugees, discussed the impacts of closed immigration detention and provided an update on the Commission’s National Inquiry into Children in Immigration Detention. Professor Triggs spoke with authority and after the lecture was generous with her time in talking with people. 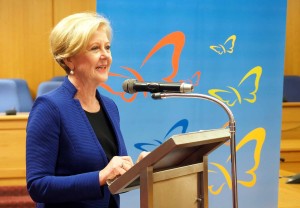