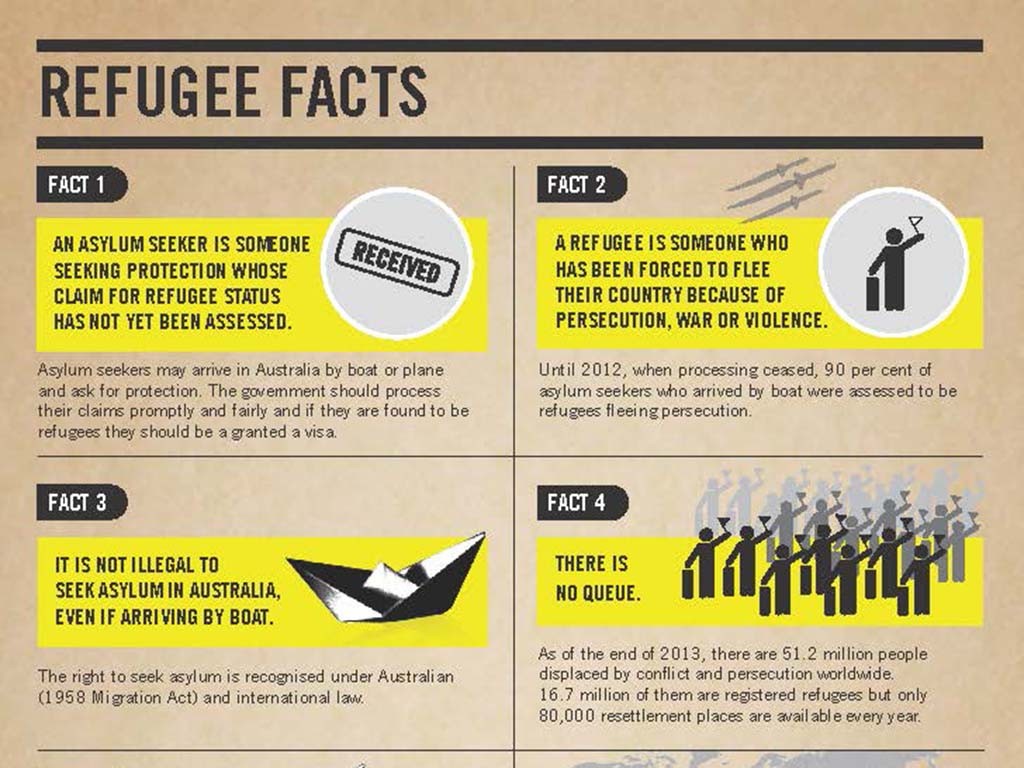 Download a “Refugee Facts and Myths” sheet from Amnesty International

Definition of a refugee:

Any person who owing to a well founded fear of being persecuted for reasons of race, religion, nationality, membership of a particular social group or political opinion, is outside the country of his/her nationality and is unable, or owing to such fear, is unwilling to avail himself/herself of the protection of that country. (UNHCR)

Definition of an asylum-seeker:

Any person who is seeking international protection. An asylum-seeker is someone whose claim has not yet been finally decided by UNHCR or authorities of the country in which he or she has requested refugee status. Not every asylum-seeker will ultimately be recognized as a refugee, but every refugee is initially an asylum-seeker. (UNHCR)

The United Nations Convention Relating to the Status of Refugees (commonly known as the Refugee Convention) is the primary international legal document relating to refugee protection. It defines who is a refugee and outlines the rights of refugees and the legal obligations of states towards refugees and asylum seekers (see above definitions).

Australia was among the earliest states parties to the Refugee Convention, acceding to the treaty on 22 January 1954. Australia ratified the 1967 Protocol on 13 December 1973.